America Is Now the Divided Republic the Framers Feared 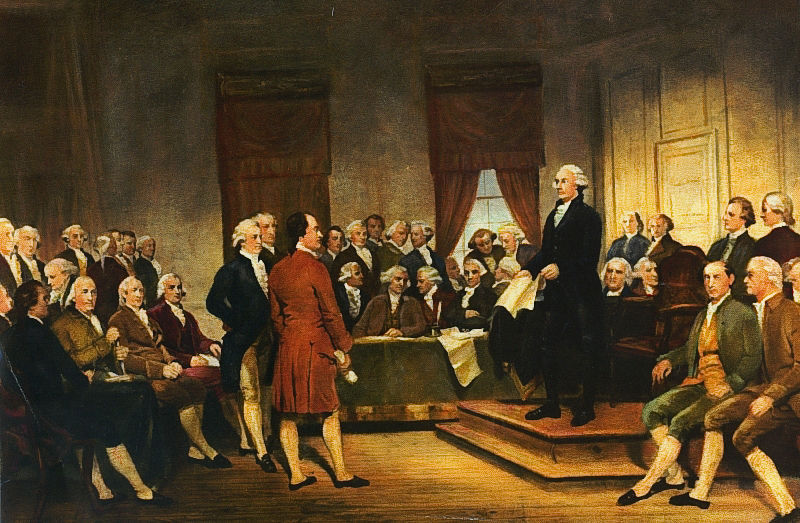 America Is Now the Divided Republic the Framers Feared

George Washington’s farewell address is often remembered for its warning against hyper-partisanship: “The alternate domination of one faction over another, sharpened by the spirit of revenge, natural to party dissension, which in different ages and countries has perpetrated the most horrid enormities, is itself a frightful despotism.” John Adams, Washington’s successor, similarly worried that “a division of the republic into two great parties … is to be dreaded as the great political evil.”

America has now become that dreaded divided republic. The existential menace is as foretold, and it is breaking the system of government the Founders put in place with the Constitution.

Though America’s two-party system goes back centuries, the threat today is new and different because the two parties are now truly distinct, a development that I date to the 2010 midterms. Until then, the two parties contained enough overlapping multitudes within them that the sort of bargaining and coalition-building natural to multiparty democracy could work inside the two-party system. No more. America now has just two parties, and that’s it.

The theory that guided Washington and Adams was simple, and widespread at the time. If a consistent partisan majority ever united to take control of the government, it would use its power to oppress the minority. The fragile consent of the governed would break down, and violence and authoritarianism would follow. This was how previous republics had fallen into civil wars, and the Framers were intent on learning from history, not repeating its mistakes.

ames Madison, the preeminent theorist of the bunch and rightly called the father of the Constitution, supported the idea of an “extended republic” (a strong national government, as opposed to 13 loosely confederated states) for precisely this reason. In a small republic, he reasoned, factions could more easily unite into consistent governing majorities. But in a large republic, with more factions and more distance, a permanent majority with a permanent minority was less likely.

The Framers thought they were using the most advanced political theory of the time to prevent parties from forming. By separating powers across competing institutions, they thought a majority party would never form. Combine the two insights—a large, diverse republic with a separation of powers—and the hyper-partisanship that felled earlier republics would be averted. Or so they believed.

Yet separation of powers and federalism did work sort of as intended for a long while. Presidents, senators, and House members all had different electoral incentives, complicating partisan unity, and state and local parties were stronger than national parties, also complicating unity.

For much of American political history, thus, the critique of the two-party system was not that the parties were too far apart. It was that they were too similar, and that they stood for too little. The parties operated as loose, big-tent coalitions of state and local parties, which made it hard to agree on much at a national level.

But that was before American politics became fully nationalized, a phenomenon that happened over several decades, powered in large part by a slow-moving post-civil-rights realignment of the two parties. National politics transformed from a compromise-oriented squabble over government spending into a zero-sum moral conflict over national culture and identity. As the conflict sharpened, the parties changed what they stood for. And as the parties changed, the conflict sharpened further. Liberal Republicans and conservative Democrats went extinct. The four-party system collapsed into just two parties.

The Democrats, the party of diversity and cosmopolitan values, came to dominate in cities but disappeared from the exurbs. And the Republicans, the party of traditional values and white, Christian identity, fled the cities and flourished in the exurbs. Partisan social bubbles began to grow, and congressional districts became more distinctly one party or the other. As a result, primaries, not general elections, determine the victor in many districts.

Over the past three decades, both parties have had roughly equal electoral strength nationally, making control of Washington constantly up for grabs. Since 1992, the country has cycled through two swings of the pendulum, from united Democratic government to divided government to united Republican government and back again, with both sides seeking that elusive permanent majority, and attempting to sharpen the distinctions between the parties in order to win it. This also intensified partisanship.

These triple developments—the nationalization of politics, the geographical-cultural partisan split, and consistently close elections—have reinforced one another, pushing both parties into top-down leadership, enforcing party discipline, and destroying cross-partisan deal making. Voters now vote the party, not the candidate. Candidates depend on the party brand. Everything is team loyalty. The stakes are too high for it to be otherwise.

The consequence is that today, America has a genuine two-party system with no overlap, the development the Framers feared most. And it shows no signs of resolving. The two parties are fully sorted by geography and cultural values, and absent a major realignment, neither side has a chance of becoming the dominant party in the near future. But the elusive permanent majority promises so much power, neither side is willing to give up on it.

Congressional stonewalling, in turn, leads presidents to do more by executive authority, further strengthening the power of the presidency. A stronger presidency creates higher-stakes presidential elections, which exacerbates hyper-partisanship, which drives even more gridlock.