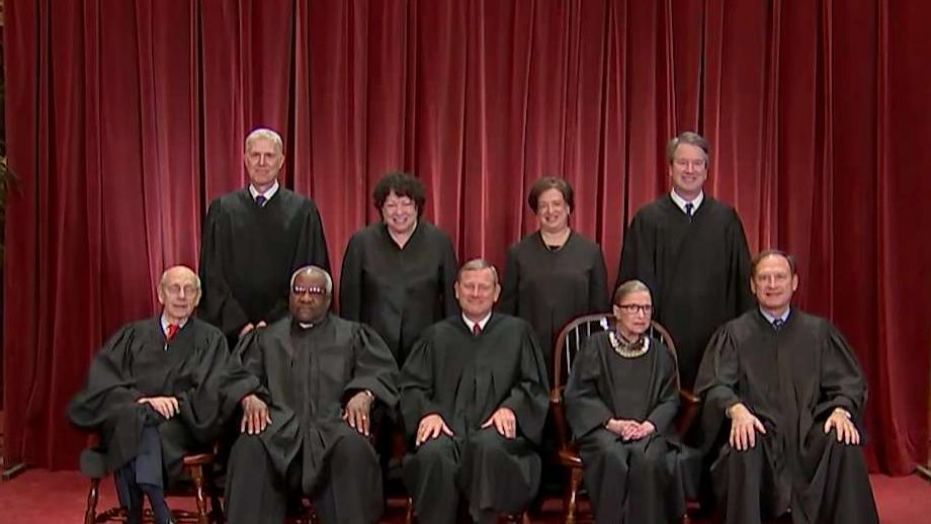 The Supreme Court’s June 15 ruling that Title VII of the Civil Rights Act applies to transgenderism and sexual orientation provides a harrowing view of the future of religions liberty in the United States, warns Citizens for Free Speech (CFFS), a 501(c)(3) organization dedicated to preserving the First Amendment rights of all citizens.

“This was a devastating blow to religious organizations and their ability to make hiring and retention decisions based on the tenets of their faith,” said CFFS Executive Director Patrick Wood. “CFFS is dedicated to preserving freedom of speech, but we are equally defensive of all five elements of the First Amendment, and this Supreme Court ruling puts religious liberty in serious jeopardy.”

At issue is the Court’s ruling that the 1964 Civil Rights Act protecting citizens from discrimination on the basis of their sex (among other factors) should be expanded to include sexual identification and orientation. In the 6-3 decision, Justice Neal Gorsuch, writing for the majority, determined that, “An employer who fires an individual merely for being gay or transgender violates Title VII” of the CRA. The ruling is problematic for multiple reasons, among them the fact that redefining sex to include gender identity in federal law is an action that, constitutionally, may only be taken the legislature. Allowing unelected judges to rewrite federal law denies the people their sacred right to representation by way of the Congress, which will have far-reaching implications on future laws being changed by future courts.

The most dangerous ramifications, however, will involve religious organizations and the upholding of their faith. In their dissenting opinion, Justices Samuel Alito and Clarence Thomas warned that, “religious groups…express deep concern that the position now adopted by the Court will trigger open conflict with faith-based employment practices of numerous churches, synagogues, mosques, and other religious institutions,” and that “religious organizations need employees who actually live the faith.”

Compelling a religious organization to employ individuals whose conduct flouts the tenets of the organization’s faith, the Justices continued, “forces the group to communicate an objectionable message.”

CFFS believes the most egregious effects will be on religious educational institutions.

“Most religious schools require their faculty to display a lifestyle that is consistent with the morals and teachings of the church,” Wood argued. “If a particular faith teaches the biblical principle of marriage being between one man and one woman, for example, an educator bringing a same-sex spouse to a school event would present a particularly difficult situation for the institution to explain to its students.”

Furthermore, Wood explained, the Court’s decision will undoubtedly lead scores of gender-diversity activists to challenge religious businesses and organization, placing in peril the owners’ right to freely exercise their religion as guaranteed by the First Amendment.

“Just as we saw LGBTQ activists demanding that Christian bakery owners provide services that run contrary to their faith,” said Wood, “there will certainly be a number of LGBTQ individuals applying for employment at all types of Christian-run businesses, with attorneys prepared to file suit under Title VII protections upon receipt of the first rejection letter.

CFFS does not condone or promote discrimination of any person or class of persons, but is committed to defending the rights of those organizations that may suffer discrimination of their own due to rulings handed down by activist judges. If a Christian or Jewish or Muslim store owner is faithfully opposed, for example, to the idea of sex-reassignment surgery, forcing him to hire a transgender person and then pay, through employer-provided health insurance, for such a procedure is a direct violation of that store owner’s constitutional rights.

In addition to the grave threat the Court’s ruling poses for the free exercise of religion, there are free speech ramifications as well. The recognition of gender identity as a protected class brings with it a host of new language complications in the form of new pronoun usage, real and imagined. In many workplaces, supervisors and employees are already being reprimanded in certain circumstances for not using plural pronouns such as “they” and “them” to refer to an individual who does not wish to be identified by the pronoun associated with males or females.

“Some individuals, regardless of their actual biological sex, prefer to be classified as asexual or non-binary beings,” Wood explained. “Many of these people demand to be identified by newly invented pronouns such as ‘xe’ or ‘ze’. The Supreme Court’s decision to protect all of these new gender classifications under Title VII will force coworkers to learn and properly use an entire set of new pronouns which may be uniquely requested by each individual. Failure to comply with this forced speech, with which an individual may disagree, may lead to disciplinary action under the new language added to the CRA.”