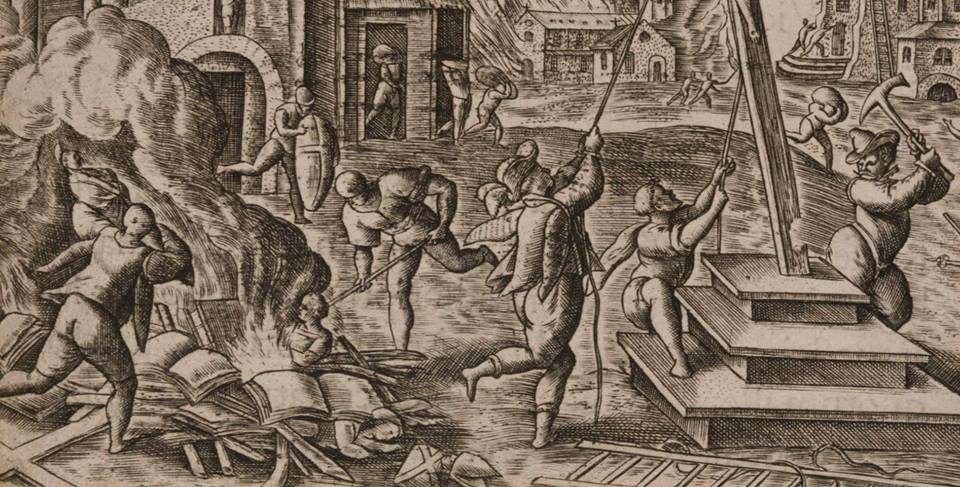 Mesa, AZ - Big Tech censors and moderators have been suppressing the free speech of certain social media accounts based solely upon political ideology for several years, but the practice of silencing conservative voices is now expanding to other communication services at an alarming rate. Citizens for Free Speech, a 501(c)(3) grassroots organization committed to the defense of First Amendment rights, believes the time has come for all Americans and their elected officials to put a stop to these censorship practices before it is too late.

“It is technological book-burning,” warned Executive Director Patrick Wood in a CFFS blog post. “Instead of ordering people to bring their ‘evil’ books to the middle of the street to build a bonfire, AI algorithms operate at blinding speeds to make unwanted things, people or organizations just disappear.”

Those unwanted things appear to be almost exclusively conservative thoughts and ideas.

In a hearing before the Senate Committee on Commerce, Science, and Transportation on Oct. 28, the CEO’s of Facebook, Twitter and Google were all called to testify regarding the alarming trend of censoring, labeling, suspending, and shadow-banning conservative officials, commentators, and media outlets.

“I think the trend is clear that you almost always censor—and when I use the word censor here, I mean block content, fact-check or label content, or demonetize websites—of conservative, Republican, or pro-life individuals or groups or companies, contradicting your commercial promises,” Senator Mike Lee challenged. “But I don’t see this suppression of high-profile liberal commentators. So for example, have you ever censored a Democratic senator? How about president Obama? How about a Democratic presidential candidate?”

Neither Facebook boss Mark Zuckerburg nor Twitter head Jack Dorsey could identify a single liberal Democratic entity that had been censored for their views.

Wood declared Zuckerburg and Dorsey, however, to be just the low-hanging fruit.

Among the other organizations cited by the CFFS founder are financial institutions, such as PayPal. “This major payment platform is terminating users it doesn't agree with, killing their finances and withholding funds for extended periods.”

Wood said the world’s largest credit banks are also fully engaged in the practice, noting that Visa and Mastercard “have also terminated services with clients it deems are spreading false information.

And while YouTube has long faced legal challenges for demonetizing conservative organizations that post videos of content with which they disagree, the video-sharing alternative, Vimeo, has now begun the same practice of “vanishing videos that don’t support their chosen narrative.”

However, the most alarming examples of Big Tech censorship of speech are now coming from the most widely-used communication sources we have: Cell phone and email providers.

Verizon, the nation’s largest cell phone service provider was recently caught deleting and blocking text messages sent between individual users, including a large health freedom organization that was blocked from sending information to its own members.

Likewise, the mass mailing service MailChimp has just announced its new policy of not allowing “the distribution of content that is, in our sole discretion, materially false, inaccurate, or misleading.”

In other words, email and texting service providers are now monitoring the private communications of their customers, and determining on their own accord which messages are appropriate enough to be sent and received, and which should be blocked or deleted.

These practices impact not only the rights of Americans to speak and express themselves freely, but they cast aside Americans’ rights to privacy.

“America was founded on the basis of free exchange of ideas. This is why the First Amendment was placed at the top of the Bill of Rights. Communication of ideas is essential to the health of a Constitutional Republic,” Wood declared.

“This is precisely why Citizens for Free Speech is so intently focused on defending and supporting the First Amendment: its destruction is an existential threat to our nation. Without Free Speech and Freedom of the Press, the ability to protest will be null and void. Without the ability to protest, the evil forces of globalization will sweep our nation into the dustbin of history forever.

“Indeed, it is time for each and every American to become a vocal force in their own communities all across America. Speak up. Sound off. Persuade. Inform. Take leadership. Don't wait.”